5 Ways To Attract Top Talent To Your Business 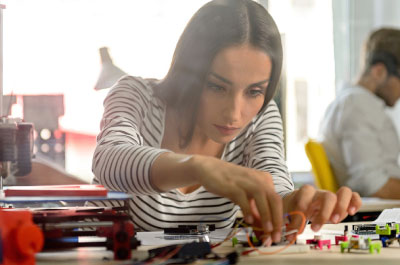 5 Ways To Attract Top Talent To Your Business

If you’re running a small business which you want to see expand, are you being held back because it’s an uphill battle to find the right calibre of workers?

Well, you’re certainly not alone, and Kevin Green, chief executive of the Recruitment and Employment Confederation, a professional body representing more than 3,200 recruitment firms all over the UK, said pressure was being felt equally among companies and organisations of all sizes.

One in three out of a sample of 1,000 business people questioned recently for a poll said recruitment of suitably qualified staff was a challenge for their operation, while just a quarter said it was easy for them to find staff with the skills they were looking for.

It said just under three out of 10 employers had hired new staff in the past year, and with unemployment rates in the UK at a near 30-year low, and edging down towards five per cent, “data indicates that it will become increasingly difficult for employers to find staff”.

As a result, pay rises are becoming a vital tool in helping firms hold on to their most valued staff, with just under half (47 per cent) saying they’d had to increase what they were paying to attract and retain the best workers.

But what if you can’t afford to keep upping your staff’s wages, but really want to hold on to the people you’ve got?

A recent Telegraph survey took views from a range of recruitment specialists and business people on their key factors in ensuring that the staff they took on wanted to stay with their firm, and would not be tempted to be constantly looking out for their next move.

You’ve Got To Have A Strategy…

From this, it came up with a list of the five key elements behind a successful hiring and retention strategy, which it listed as follows:

Working productively with a group of people requires ‘give and take’ on both sides. But as an employer setting out to recruit and keep together a good team, it can help you achieve your business’s objectives if you keep an open mind about every candidate you meet, and don’t simply focus on what you’re offering them in terms of the work you want them to do. So leave your preconceptions and prejudices at the interview room door – and see where your instinct leads you.
Do you have any individual ways in which you evaluate the suitability of would-be employees? Let us know via Facebook or Twitter.