A Timeline Of UK Engineering 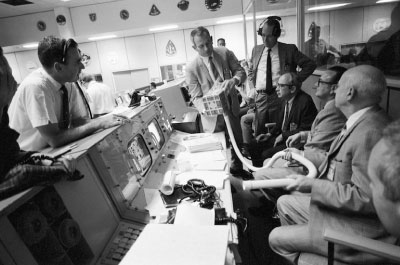 The accepted definition of engineering is ‘the branch of science and technology concerned with the design, building and use of engines, machines and structures’.

It isn’t surprising to learn that the term ‘engineer’ was first used in a military context, to describe a maker of machines used for this purpose, e.g. catapults.

The roots of the word ‘engine’ go back a little further, to the 13th century, when the word, derived from the Latin ‘ingenium’ was first used to describe a product of “innate quality, especially mental power, hence a clever invention.” (This description comes from Random House Webster’s Unabridged Dictionary of 2006).

So, from these broad roots, it’s unsurprising that ‘engineering’ has come to have such a diverse meaning, but essentially covering innovation in and manufacturing of clever machines, devices and solutions to physical-world problems.

The Three Phases Of Engineering Innovation

Engineering can be thought of as having developed in three waves, and we will split this article to cover one each of these. These are, in chronological order, the industrial/Victorian age, the motor age, and the computer/digital age. To keep these articles reasonably ‘bite-sized’, we will split them into one for each of these categories, beginning with when the industrial development of the UK as we know it is generally considered to have begun in earnest.

The industrial/Victorian Age And The Beginning Of Mass Production

In its earliest days, the evolution of engineering was heavily associated with improvements in practises in agriculture, designed to boost productivity, and remove some of the manual labour involved in planting and harvesting crops.

This led to the invention of new tools which helped greatly improve the health of farm workers through reducing the effort needed to plant and harvest crops, notably the refinement of the seed drill developed by Jethro Tull, and first used in the UK in 1701 – which allowed for even spacing of seeds as they were planted, so greatly increasing yields and productivity.

But the true father of modern industrial methods is generally considered to be Sir Richard Arkwright. Again, his innovations were designed to improve productivity, but his field of specialism was the textiles industry, which was growing strongly in his native Derbyshire and elsewhere across the Midlands and northern England.

Arkwright’s first taste of entrepreneurship came when he tried to set up a business travelling around the country buying human hair to use to make wigs. Although this soon ran into trouble, he had made good contacts among working cotton weavers and spinners, and used these to help him refine James Hargreaves’ original ‘Spinning Jenny’ design, to produce a machine which involved less physical labour, yet produced a stronger yarn. He patented his wool carding machine in 1775.

Before his death, in 1792, Arkwright also became the first man to adapt James Watt’s invention of the steam engine to use it as a means of powering a loom for producing cotton. Arguably the first industrial tycoon, he established factories in Derbyshire, Staffordshire, Lancashire and Scotland, and became a wealthy man.

Building The Links Between Goods And Their Markets

Once the products of these huge new mills started to be produced in large amounts, the next hurdle to making them widely available to the people was to develop a transport infrastructure which allowed all parts of the country to be accessed reasonably easily.

So the next major development was the development of railways – and again, engineering expertise was the facilitator which enabled them to be developed and spread widely.

Historian David Starkie has argued that the roads, canals, railways and ports which made Britain into the first great worldwide industrial power could not have come about without the foresight of the first generation of consulting engineers: “Shareholders took most of the risks, but specialists took the strategic decisions, initially the consulting engineers,” he wrote.

Foremost among these was George Stephenson, who built the world’s first commercially-viable locomotive, and went on to design and build the world’s first public railway, which ran from Stockton to Darlington, on Teesside, and opened in 1825. He followed this with the first railway to run directly between two major cities, the Liverpool and Manchester railway of 1830.

However, Stephenson only did for the railways what Thomas Telford had achieved for canals, a generation earlier. These provided the first means of transporting bulk quantities of goods over long distances. Compared with railways, canals required minimal engineering, as many were cut in straight lines as far as possible. But the engineering expertise came into its own when they required bridges (aqueducts) and locks, as means of carrying them across valleys and up and down steep inclines. In devising notable means of doing this, such as the Pontcysyllte Aqueduct, near Llangollen in north Wales, Telford was the first person to challenge the preconception that man-made structures had to fit in with, and where needed, around, existing natural features. So its opening, in 1805, became a template for the work of Stephenson just a few decades later.

Engineering’s Role In Creating An Empire

In this context, you could argue that the first true engineers to have an impact on our country were, in fact, the Romans. That’s because they realised the importance of being able to travel quickly between their major settlements – not just so that they could stay abreast of what was happening, but also in order to be able to easily transport goods in and out. So they built a network of roads which eventually stretched to more than 50,000 miles (80,000 kilometres), much of which is still in use today.

Roman engineers loved a challenge – they would rather have found a solution to enable them to build a road straight across an obstacle than take a more circuitous route around it.

In many ways, their desire to find long-term solutions to a problem which might only, in itself, be short-term or temporary, has been the founding principle of engineering ever since. It’s certainly what has distinguished many of the great pioneers of the discipline whose work has helped change the face of our country.

So when Britain was itself in expansionist mood throughout the 17th and 18th centuries, it was realised that expertise in building a working infrastructure, and routes which could be used for trade purposes, was one of the most important assets it could spread around the world.

In a second article in this series, we will look at the advent of motorisation and mass production, and examine how these formed the basis for the world we live in today.

Engineering, in its many forms, has been elementary in creating the modern, prosperous society we live in today. If you want to play a major part in keeping that prosperity going long into the future, why not consider directing your talents towards a career in one of the many sectors of modern engineering?