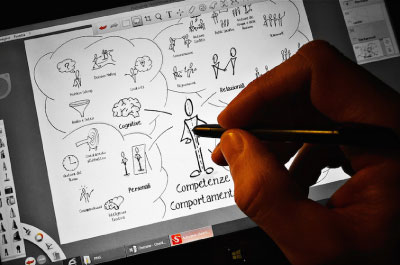 We’re regularly told that, while the UK’s economy is currently faring better than those of many of its main competitors, it is being held back by persistent low levels of productivity compared with those same rivals.

Now, the Engineering Employers’ Federation (EEF), which champions the interests of businesses of all sizes in all parts of the industry, has released the findings of a survey among its members which suggests the UK’s poor record on productivity could be a myth.

It says that firms have widely varying ways of measuring this key indicator, but that generally “UK manufacturing has a strong tale to tell, with a healthy 64% of manufacturers achieving productivity growth in the past two years.”

But, the report – entitled ‘Productivity – The State Of The Manufacturing Nation’ – goes on to say, “despite manufacturers undertaking a broad range of productivity improvement measures and ingraining productivity growth into their business models, there are still concerns about UK manufacturers lagging behind their global peers.”

The Government itself believes that lower productivity in relation to our main international rivals is a ‘problem’ which needs to be addressed, and on the face of it, this view was backed up by its official number-crunchers at the Office for National Statistics, which released a report suggesting output per hour was 18% lower than the average achieved by the US, Germany, France, Italy, Japan and Canada –  the widest productivity gap since comparable estimates began in 1991.

On average, those figures suggested that Britons produce 36% less per hour than workers in Germany, 31% less than the French and 10% less than the Italians.

But according to the EEF, manufacturing’s productivity growth outpaced that of the service sector and the UK economy as a whole in the two decades to 2014.

Its figures show that 64 percent of manufacturers claim to have seen their productivity grow in the past two years, and nearly as high a proportion – 57 per cent – expect it to stay in positive territory for the next two years.

Yet 49 percent of respondents also agreed that the productivity of the UK’s engineering sector lagged behind that of its main competitors – indicating that they felt there was still much progress to be made if the sector is to remain strong in the face of worldwide rivals.

Despite the huge gains to be made in the sector as the broad outlook for the world’s economy improves, however, a sizeable minority of people who took part in the poll – 22 percent, or just over one in five – felt their business was still being held back by a shortage of skills.

And these highly sought-after skills aren’t just those of an advanced nature, another report, this time from the UK Commission on Employment and Skills, contends. It concluded that employers were concerned that many applicants coming to them from college or university were poorly prepared for the transition to full-time work, due to a poor grasp of basic skills.

Yet its authors are also perplexed as to the reasons for, and possible solutions to, this problem, saying in the introduction to their report: “   Knowing that UK productivity has flatlined since 2008 at the same time as employers know of talent untapped in their workers is not easy to take in.”

The EEF concluded: “Manufacturing has the potential to be a major driving force behind improving the UK’s productivity performance, but must also tackle its own concerns about lagging behind global peers.”

So there’s evidence to suggest a major link between the widely-perceived lack of skills among entrants to engineering, a lack of the means, and possibly even the desire, to equip workers with those skills, and the perception of the UK as having a poor productivity record when matched against its main competitors.

If this really is at the root of our problems, the measures needed to tackle such a shortage are not ones which can be adopted overnight. As Chancellor George Osborne said in 2015 in a report, ‘Fixing The Foundations: Creating A More Prosperous Nation’: “The UK suffers from several weaknesses in its skills base that have contributed to its longstanding productivity gap with France, Germany and the US.

Is there really a long-standing problem of low productivity among engineering firms, and industry in general – or is it all a self-perpetuating myth? And to what extent do you think a lack of basic skills among new entrants to the industry is responsible for this, and so might be holding back the UK on the world stage? Let us have your thoughts in the comments below.