How Manufacturing Has Changed Over The Years 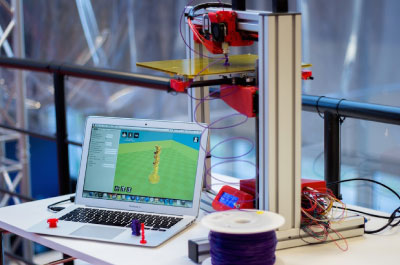 The landscape and main features of the UK’s industries and manufacturing have changed beyond all recognition over the past two centuries – and in turn, these have wrought massive transformations in the lives of the people involved in them, and on the communities in which they live.

In the main, these advances have been focused on new and improved means of production, along with improvements in materials used in manufacturing processes, which in turn have brought about many less labour-intensive and safer methods of manufacturing many of the goods we use but often take for granted in our daily lives.

Early Days To The Present Day – How Far Have We Come?

According to the national census of 1841, 36% of the UK population worked in manufacturing. By 2011, that figure was down to just a quarter of this proportion, reflecting a major shift away from labour-intensive types of manufacturing to more skilled and specialised fields.

And whereas in the 19th century, there were various pockets of manufacturing spread widely across the country, by the early 21st century, the country’s remaining manufacturing capacity had become heavily concentrated in particular areas, with Corby, in Northamptonshire in the East Midlands boasting the highest proportion of its population working in manufacturing, at 23.7%, or nearly one in four of the town’s entire workforce.

Today, manufacturing is generally on a much smaller scale, and because of this, it has become part of a much broader base of communities throughout the country.

And whereas much manufacturing in the British Isles in the 19th and 20th centuries was heavy, labour-intensive work, today there is much more emphasis on smaller, precision-made items – and indeed, one of the biggest growth areas of the next few years looks set to be in nano-technology, whereby the items manufactured are measured in tiny fractions of an inch or centimetre – to give you some idea, one inch (2.54 centimetres) is equal to 25.4million nanometres.

But it isn’t just in terms of scale that we can measure how manufacturing has progressed over time. Oxford Economics has singled out the main current drivers of change in manufacturing as ‘Big Data”, the internet of things, mobile computing, and the cloud.

Professor Pat Hudson collaborated with the BBC in 2011 on a series called The Workshop Of The World, which examined how Britain came to earn that title.

He pinpointed technology as one of the main drivers of change, but also the fact that ways in which production was organised helped the nation keep its place as a major economic power. In turn, the latter helped bring prices down, meaning that the new machinery started to come within the means of the average household.

The 1790s to 1860s were years of massive change in the way industry was financed, and parallel population growth also meant the plentiful availability of labour for the new industrial processes which were coming to the fore.

While in the early part of this period, canals were the main transport arteries for getting goods from A to B, by the end of this time, the period which historians call The Railway Age was in full swing. The new steam-powered engines hauled passenger carriages and freight wagons, and provided fast, direct connections between all major towns and cities, as well as linking more isolated communities with their main markets.

However, there were huge differences in the relative pace of industrialisation across different parts of the country – and even though the stereotypical picture of the industrial landscape at this time is of many hundreds of workers toiling away in huge, warehouse-style factories, much production remained on a very small scale, which gave rise to the phrase ‘cottage industries’, which we still use today to describe businesses which operate at a micro level.

Today, the pendulum has swung the other way, and while there has been a huge decline in the number of people working in manufacturing – the sector employed 36 per cent of the working-age population in 1841, but by 2011 that had shrunk to nine per cent – that statistic alone paints a distorted picture.

Overall, manufacturing has grown by 1.4 per cent a year since 1948, according to the government’s number-crunchers at the Office for National Statistics.

But this growth has largely been achieved against a backdrop of a return to smaller-scale manufacturing – with many businesses working in highly-specialised fields and employing far fewer staff than their large predecessors.

Rather than trying to compete with the new, emerging industrial nations such as China, Russia and India – where the UK is at a massive disadvantage in terms of the size of its available workforce, which means these countries can produce many basic necessities, such as coal, iron and steel, far more cheaply – the UK has therefore shifted the focus of its industrial base to production of specialised items, and those which are in greatest demand in the world’s most developed nations (sometimes referred to as the G8).

One of the biggest ‘new’ sectors to have emerged in recent times is the manufacture of semiconductors. From $33billlion (£24.9 billion) in 1987, the value of the total world market for these is forecast to have grown to 10 times that size in the ensuing 30 years.

Semiconductors and computer chips are at the heart of most of the devices we use today – yet in its character and scale this industry is light years away from those which we once considered to be the main drivers of our economy.

The main differences between this industry and older ones on which Britain’s manufacturing capability was founded are:

Salt Of The Earth

Here in Cheshire, of course, we still have the remnants of one of the longest-surviving large-scale industries anywhere in the UK – salt mining and processing.

Salt has been mined in the areas around Northwich, Middlewich and Nantwich since Roman times, and while it continues to this day, the uses to which the raw product is put have changed massively.

Improved techniques have also greatly increased the amount of time a salt production plant can spend in operation between ‘boil out’ periods – that is, the times which are spent out of use for deep cleaning of the salt from all moving parts so as to avoid corrosion.

While salt mining and processing is one of the few industries which has remained at the heart of Cheshire’s economy throughout its history, it has fared somewhat better than other traditional industries – and is well-placed to stay as a major feature of our landscape for many years to come.

But our industrial landscape has also changed, in line with the advances outlined earlier in this article. And as our future prosperity depends heavily on our continued ability to lead in both old and new industries, how well we adapt to these changes, and others which no-one can yet foresee, will be key to our future prospects.
What have been the most striking – and important – changes in the industrial landscape you have witnessed in your lifetime, and why? We’d love to hear your thoughts. Let us know on our Facebook page.