How We’re Losing Our Jobs To Robots 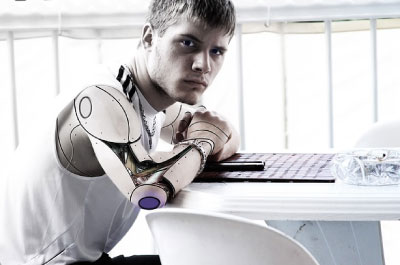 As many as four out of 10 young people

are concerned that they will find the work they do replaced by a robot within the next decade, with the potential job toll being as high as five million.

The alarming finding came from a survey conducted by Indian IT consultancy company Infosys of 16 to 25-year-olds in nine of the world’s most advanced economies*.

Young people in the UK who were questioned were among the most pessimistic about their chances of building a long-term career being hit by robotisation. 45 per cent claimed to be worried about the prospect of being replaced by robot labour, compared with an average of 40 per cent for the survey as a whole, and second only behind the proportion of Indian participants who voiced the same concern.

The release of the report inevitably led to a rash of scare stories, accompanied by the expected lurid, and largely distorted, headlines suggesting that the new generation of ‘smart’ robots would dump large numbers of people on the employment scrapheap.

A Problem For The World’s Great And Good

The timing of the report’s publication was no accident, coming as the leaders of the world’s most developed countries were gathering in Davos, Switzerland for the annual World Economic Forum – the year’s biggest get-together of the great and good to discuss the biggest current and upcoming issues facing their nations.

It was a serious, and by virtue of the headlines it generated, at least partly successful attempt to highlight concerns among the workforce of today and tomorrow about how they are being equipped to be able to take their place in the changing world of work.

Yet, whilst the landscape of work may take on a decidedly different look over the coming years, the economic prosperity of the world’s leading nations will still depend heavily on what productive work they can create for their citizens.

‘Soft’ Skills Coming To The Fore

While the headlines to the reporting of Infosys’ findings tended towards the alarmist, the major conclusion the report drew was that success in the jobs market of the future will depend more heavily on candidates’ so-called ‘soft’ skills.

Faced with a growing list of candidates with similar levels of qualifications and skills, they will use other criteria to judge whether they feel a particular one will be the best fit for their workplace and culture.

That will mean decisions from among a list of, otherwise evenly-matched, candidates will be made using judgments on such factors as:

So if you’re entering (or re-entering) the jobs market yourself soon, you’ll give yourself a much better chance of success if you can show an employer examples of where you have applied skills such as those mentioned above, and they have resulted in a positive outcome.

Will New Emphasis On Soft Skills Turn The Tide Towards Women In STEM?

The report once again highlights the chronic shortage of women in STEM (science, technology, engineering and mathematics) professions, and calls on employers to do more to retain female members of their workforce beyond the junior level.

“This new data illustrates the urgency with which leaders across business and policy must find new ways to ensure that the full talent pool of men and women is educated, recruited and promoted,” the report states.

Importantly, the survey also suggested that, while the potential for a net loss of jobs of more than seven million was a pretty grim prospect, the wider use of robots and similar mechanisation processes would directly create another two million vacancies in specialised areas such as engineering, mathematics, computing and architecture.

So the challenge for teachers, company bosses and anyone else with an interest in perpetuating the futures of thriving and growing businesses is to encourage today’s children to become fascinated by robots to the degree where they want to become involved in their world.

When they show this desire, they can then be shown how to work alongside them, and help them meet their mission to make all our lives easier by taking away many of the most menial tasks currently entrusted to humans – even if it just means being able to fix them and tend to their needs while they do all the thankless, boring and non-creative jobs.

*The countries which participated in the survey were: Australia, Brazil, China, France, Germany, India, South Africa, the United States and the UK.